SLUT
WHAT IS THE MATTER WITH MARY JANE? 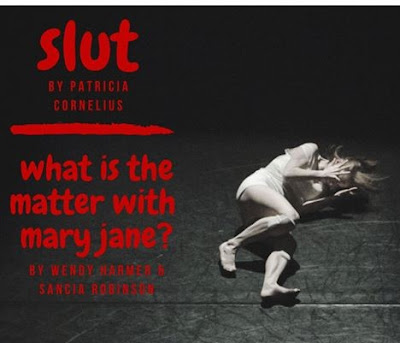 This production of Slut had sold out performances and a highly successful run at the 2018 Victorian One Act Play Festivals winning 15 awards including 4 Best Production awards at Macedon, Foster, Seymour, and Dandenong. It also came second at Anglesea.

Fourth Wall Theatre Company is proud to restage Slut with the same cast. It will be, once again, directed by Natasha Boyd for its inaugural double bill season.

Multi award winning playwright Patricia Cornelius was inspired to write Slut shortlyy after the 2007 Melbourne CBD shootings. She was disturbed by the media's disparaging treatment of a stripper who was assaulted immediately prior to the incident.

This poetic ode, uniquely and creatively interpreted by Boyd, follows 5 girls from their carefree kindergarten days through to early adulthood. Bound together by their love and idolisation of their friend Lolita, we watch as they suffer through unifying incidents of over-sexualisation and inappropriate male attention.

As puberty hits, growing peer pressure, jealousy, slut shaming, and gender disparity sees them ostracise Lolita and desert her in the most horrible of circumstances at a party. The prevalence of domestic violence in their adult lives give rise to a tragic ending.

Matching the fire and urgency of Cornelius' writing, What Is The Matter With Mary Jane? by Wendy Harmer and Sancia Robinson further explores our theme of the damages of societal pressure through the lens of eating disorders. This play, written as a one woman show, is based on Robinson's life experience of battling anorexia and bulimia for 12 years.

This interpretation will see a collective - through a mixture of black comedy and hopeless darkness, guilt, and shame - lead the audience through the different stages and behaviours of these illnesses. A cautionary tale, this is a story not about the body, but about the mind.

With 1 000 000 australians suffering from eating disorders, some of them as young as 8, this play written over twenty years ago sadly still speaks to a common modern experience. It reminds us of the importance of creating meaningful discussions and awareness about these issues that affect so many.

These people deserve our attention and love. Powerful, evocative, confronting, and moving - this double bill is theatre guaranteed to create conversations.

Fourth Wall Theatre Company was founded in October 2019 by 3 artists based in Melbourne, who had all worked together in 2017 on The Female Of The Species by Joanna Murray-Smith. Keen to create high quality theatre that excites, challenges, and inspires they formed their company with the intent of producing plays that create conversations about issues that matter. 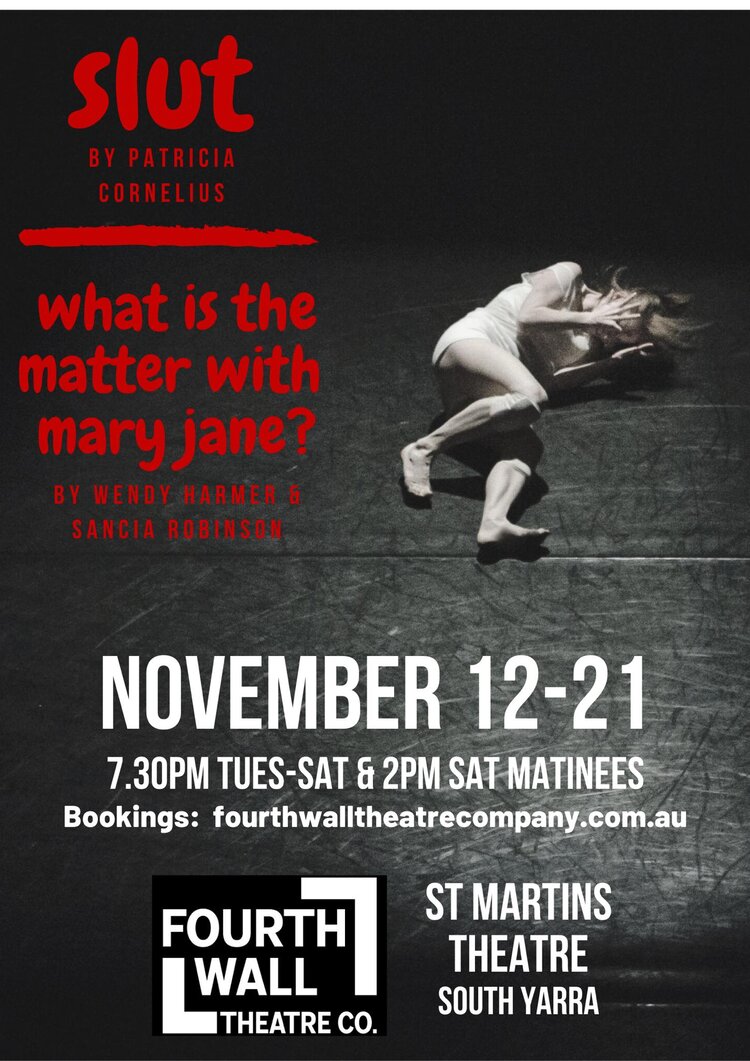