Showing posts from October, 2017
Show All

Tchekov At The House Of Special Purpose - Theatre Review 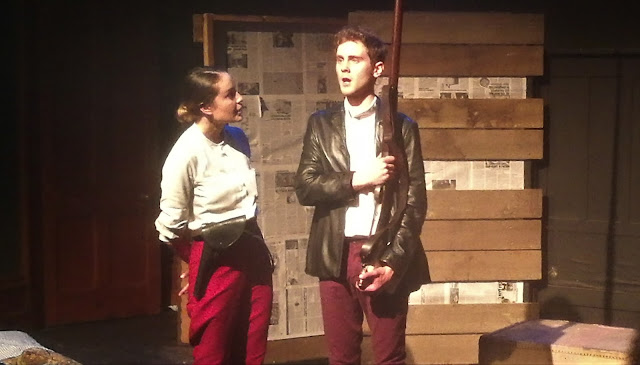 What: Tchekov At The House Of Special Purpose When: 25 October - 5 November 2017 Where: La Mama Courthouse Written by: R. Johns Directed by: Alex Menglet Performed by: Maria Paula Afanador, Alice Blatt, Carolyn Bock, Milijana Cancar, Jim Daly, Greg Fryer, Huw Jennings, Adam May, Asleen Mauthoor, Meg Spencer, Peter Stratford, and Yvette Turner. Set by: Peter Mumford Costume by: Michael Mumford Lighting by: Shane Grant Sound and Stage Management by: Millie Levakis-Lucas Maria Paula Afandor and Huw Jennings There was a time, a time long ago, when the world was different. It was a world full of beautiful objects and great despair. Something had to change. Something had to be lost. And so we kept what we couldn't live without and gave up the beautiful object. Tchekov At The House Of Special Purpose playing now at La Mama Courthouse marks that moment the deed was done. The Romanovs of Russia were executed and an uglier and yet far more dynamic (if confused) world was rele
Post a Comment
Read more 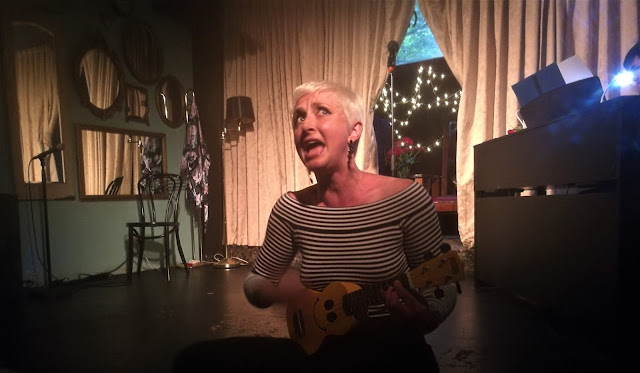 What: Small Acts Of Love When: 19 - 22 October 2017 Where: The Butterfly Club Written by: Fiona Scarlett Directed by: Sarah Vickery Performed by: Angus Grey and Fiona Scarlett Fiona Scarlett I seem to have been following Fiona Scarlett's career quite by accident over the last few years and I have to say it has been a pleasure every step of the way. Beginning in 2015 with impressive vocals in Insomnia at La Mama, our paths crossed several times at The Owl and Cat Theatre where I was blown away by her acting. In Small Acts Of Love I got to see her co mbine drama and song in this wonderfully depressing cabaret about love shortening our life expectancy. With the fey elegance of Leslie Caron , the presence and power of Shirley MacLaine , and the mesmeric vocals of Edith Piaf when Scarlett told us love kills I couldn't wait for the tale to unfold. Starting the show ensconced on a throne, ukulele in hand, and crooning 'Burning Ring Of Fire' it was anyone&#
Post a Comment
Read more 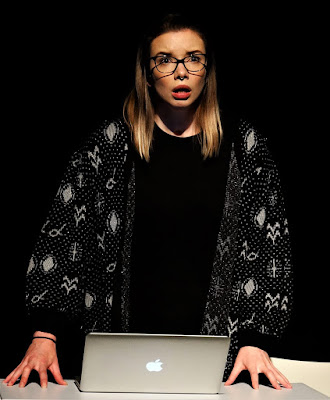 What: The Melbourne Monologues When: 17 - 22 October 2017 Where: La Mama Courthouse Written by: Louise Baxter, Katie Lee, Anita Sanders, Bruce Shearer, Adele Shelly and Carmen Saarelaht Directed by Elizabeth Walley Performed by: Alec Gilbert, Cosima Gilbert, Celia Handscombe, Ruth Katerelos, Jack McGorlick, and Karissa Taylor Lighting by: Adelaide Harney Stage Management by: Mazz Ryan Karissa Taylor in 'The Bystander is the Gatekeeper' - photo by John Edwards Melbourne Writers Theatre (MWT) was the founding company at La Mama Courthouse and it is great to see both the company and its relationship with the venue live on with their annual season of The Melbourne Monologues . Presenting six monologues written by local artists, this season follows their short play season Six Degrees In Melbourne. MWT is committed to supporting and developing Melbourne writers and whilst they rarely fully produce plays, public presentations of these kinds are essential building blocks
1 comment
Read more 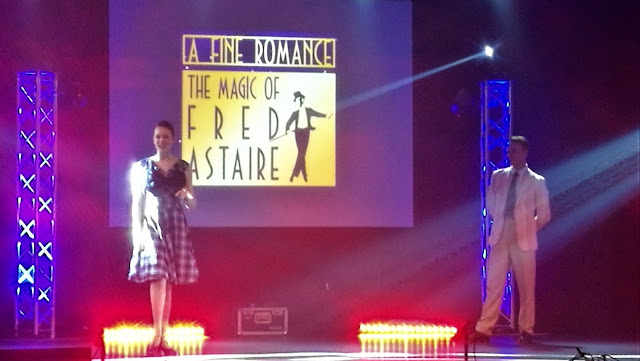 What: Rhythmic Kaleidoscope When: 6 October 2017 Where: Irving Hall Imogen Moore and Joe Meldrum This year is the 6th year for the Australian Tap Dance Festival (ATDF) and Melbourne has been immersed in a week of tap dancing and shoe shuffling workshops and residencies. All of the energy and achievements were highlighted this weekend at their gala event Rhythmic Kaleidoscope . ATDF is the only festival of it's kind in Australasian so our most successful national and international dancers eagerly take up the opportunity to undertake residencies and run workshops under its umbrella. Local dancers get to indulge in experiences which broaden their skills and expand their understanding of the art form. The great thing about tap dance is its incredible democracy. It is not a dance form which suffers gender definition. You do not have to be super slim, super supple, or super strong. It lives outside the strict pedagogies of most other dance forms - although it requires just
Post a Comment
Read more 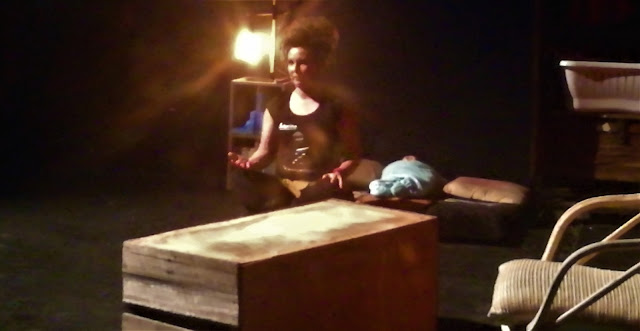 What: Echo When: 27 September - 1 October 2017 Where: La Mama Courthouse Written and performed by: Amber Hart and Christie Rohr Lighting by: Julian Adams Christie Rohr The newest entrant in the conversation of being female in Australia at the moment is Echo , playing at La Mama Courthouse. A show hovering somewhere between testimonial and social cliche it is the rawness of knowing these experiences are real for Christie Rohr and Amber Hart which lifts it out of the banal. These two women have been friends for years. Both have a long and diverse performance making background spanning decades (although they really don't look that old!). They have the rather unusual bond of both experienced unplanned pregnancy and both deciding to keep the child. Hart starts us off, talking about the experience of choice. To have or not to have, that is the question. None of the conundrums are new. Ever since free love and contraception became the norm women have been struggling with t
Post a Comment
Read more

What: Virgin Bloody Mary When: 22 - 26 September 2017 Where: Errol's Cafe Created and performed by: Nadia Collins Nadia Collins It's not often I get hit by a spit ball as I enter a theatre. In fact, it has never happened - until now. Nadia Collins sets the tone for this humanist look at what it is to live up to/be the Virgin Mary from the moment we enter the theatre in this fun-filled yet terrifying romp through the life and times of the religious archetype of the perfect woman in Virgin Bloody Mary . Collins' Mary begins her incarnation as a mischievous but obedient young girl, angelic yet playful. Invoking the innocence of an angel with her rosary beads and halo Mary puts down her straw and spit balls to welcome everyone into the theatre with the communion of bread and wine which quickly gets out of hand as she extends the offering to cheese, crackers, celery, cucumbers, etc. Frantically eager to please, Collins develops a frenetic energy as her eagerness to
Post a Comment
Read more
More posts