Showing posts from December, 2019
Show All

What: Chicago When: 14 December 2019 - 21 February 2020 Where: State Theatre, Arts Centre Melbourne Music and Lyrics by: Fred Ebb and John Kander Book by: Fred Ebb and Bob Fosse Directed by: Walter Bobbie Choreography by: Ann Reinking Performed by: Natalie Bassingthwaighte, Alinta Chidzey, Andrew Cook, Todd Dewsberry, Rodney Dobson, Samantha Dodemaide, Casey Donovan, Jason Donovan, J Furtado, Ben Gillespie, Chaska Halliday, Travis Khan, Hayley Martin, Tom New, Jessica Vellucci, Romina Villafranca, Rachael Ward, and Mitchell Woodcock Set by: John Lee Beatty Costumes by: William Ivey Long Lighting by: Ken Billington Casey Donovan and Alinta Chidzey - photo by Jeff Busby Having been on stage since 1996, there is not really anything I can tell you about Chicago which you don't already know. It is saucy, it is sassy, it is dark, and it is on at the Arts Centre, Melbourne until the end of February. It is rare to see a show which has the audience laughing and cheering fro
Post a Comment
Read more 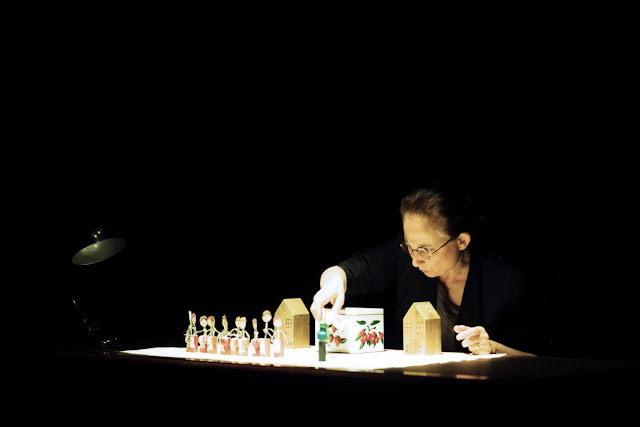 What: Anna When: 17 - 22 December 2019 Where: La Mama Courthouse Written and performed by: Bagryana Popov Directed by: John Bolton Set by: Lara Weeks Lighting by: Bronwyn Pringle Stage managed by: Julian Adams Bagryana Popov - photo by Justyn Koh Bagryana Popov is one of the heavy weights in the Melbourne theatre scene and leading into Christmas she brings us her searing tale of secrecy, intrigue, and paranoia. Anna is playing at La Mama Courthouse for the next week. Anna is not the cheerful, snow and laughter filled December tale we are used to being sold at this time of year. Instead, she takes us back to post WWII Bulgaria and a people smothered by governmental secrecy and betrayal. A community where citizens are used against other citizens to wheedle out discontent, and where there is no sanctity in marriage or family. This is the world of Popov's childhood. Why tell Anna's story now? Perhaps Popov has been seeing a corollary between our current governmen
Post a Comment
Read more

Beyond The Woods - Film Review 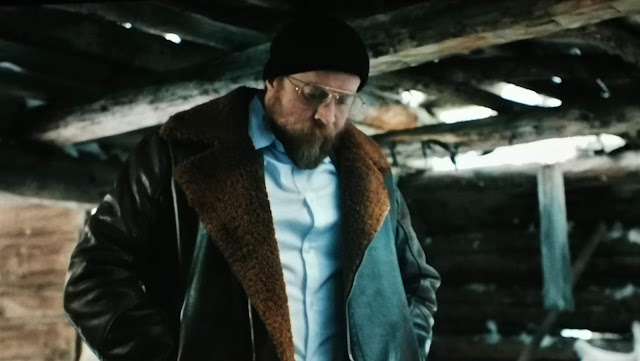 What: Beyond The Woods When: 29 November 2019 Where: Classic Cinemas, Elsternwick Written and directed by: Brayden DeMorest-Purdy Featuring: Christie Burke, Jeff Evans-Todd, Broadus Mattison, and Steven Roberts Steven Roberts  In film making there is a mandate to 'show, don't tell' and Beyond The Woods takes this mantra to heart. Coming in at just under 2 hours, this Canadian thriller brings looming landscapes with dialogue as sparse as the pine trees buried under the snow. The story takes the standard structure of a detective ( Mattison ) interviewing a suspect, Adam ( Roberts ), about the disappearance of Jack ( Evans-Todd ). Time shifts regularly between recent past, a slightly more distant past and the present. The icy cold of the snowy mountains casts a pall of lethargy over the insinuated seething passions of the community itself. This film works with a slow dramaturgy and most of the shots involve the men sharing their space but mostly in contemplation.
Post a Comment
Read more 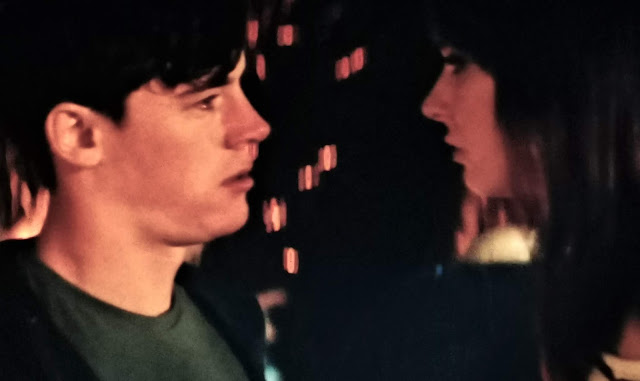 What: Philophobia When: 30 November 2019 Where: Classic Cinemas, Elsternwick Written and directed by: Guy Davies Featuring: James Faulkner, Charlie Frances, Joshua Glenister, Jack Gouldbourne, Kate Isitt, Alexander Lincoln, Harry Lloyd, Kim Spearman Joshua Glenister and Kim Spearman Lift-Off is a global film network which began as a festival and is now an international distribution platform which provides opportunities for films to gather audiences and win prizes. As part of it's operations it creates screening festivals around the world and last week it came to Melbourne. A combination of features and shorts, fictions and documentaries, each film is given a chance to be seen and have the opportunity to win prizes and get feedback. One of those films this year was the English coming of age story, Philophobia . Film titles are important, so let's begin here. Philophobia is the fear of falling in love. Not recognised in the DSM-5 , it can still be considered to interf
Post a Comment
Read more
More posts