Showing posts from March, 2020
Show All 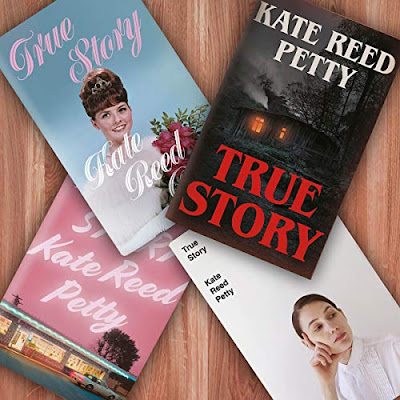 What: True Story Publication date:  4 August 2020 Written by: Kate Reed Petty Published by: Quercus True Story, by Kate Reed Petty , is the first book I have read from start to finish without getting sidetracked by other books in a very long time. It is also the first book, I think, I have ever read which made me want to start again straight away. True story is unique in its construction although it has a very clear provenance from James Joyce 's Ulysses. This horror/crime novel is written as a collection of literary styles, all of them swirling in a Vorticist style, to bring us a sense of truth in a world built on stories. Petty's writing always has a sense of being a third party, almost witnessing, account. It is something about the short sentences and the dearth of metaphors and similes which give it a dispassionate, straight to the point kind of feel. Add to that her penchant for using alternate text forms to tell the story, and you have the feeling that you are
1 comment
Read more 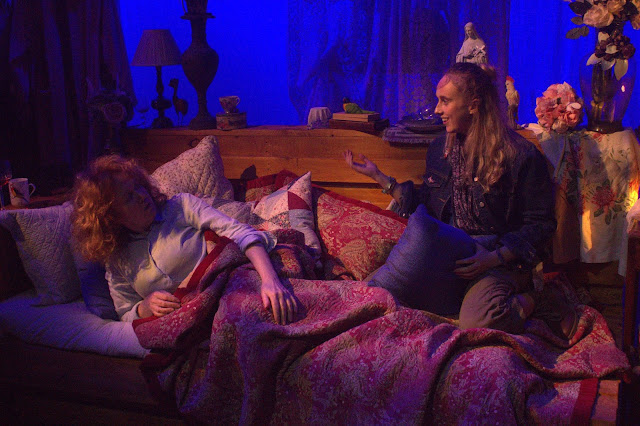 What: Running With Emus When: 11 - 22 March 2020 Where: La Mama Courthouse Written by: Merrilee Moss Directed by: Kim Durban Performed by: Sam Baxter, Kevin Dee, Gregory J Fryer, Julie Nihill, and Elizabeth Sly Design and stage management by: Adam (Gus) Powers Lighting by: Jacob Shears Julie Nihill and Elizabeth Sky - photo by Darren Gill I don't mind a bit of Australiana on stage these days. I have decided to get over my cultural cringe and am an avid champion of Australian plays and am always excited to see presenters and producers taking them on and presenting them to audiences. The latest to hit the Melbourne stages is Running With Emus which is on the VCE curriculum and is being presented at La Mama Courthouse this week. Running With Emus is written by Moss, who has strong track record as an Australian playwright, and is directed by Durban who has a strong track record as a director. Add to that the talents and prowess of Nihill (Patricia) and Fryer (Pie) a
Post a Comment
Read more What: Kurios - Cabinet of Curiosities When: 12 March - 10 May 2020 Where: Flemington Racecourse Written and directed by: Michel Laprise Composition by: Bob & Bill, and Raphael Beau Set and props design by: Stephane Roy Costumes by: Philippe Guillotel Lighting by: Martin Labrecque Makeup by: Eleni Uranis Chih-Min Tuan - Photo: D-CORD <Keiju Takenaka> Costumes: Philippe Guillotel  © 2018 Cirque du Soleil Cirque du Soleil are back in town at probably the most important time ever. If there was ever a time people needed some cheering up and a nudge to their own imagination, it would be now. Kurios: Cabinet of Curiosities is all about celebrating our own imagination and how to make magic happen in our own lives. I will begin with the story, although I do use that term loosely. The press kit is full of backstory and metaphors which I don't think realise on stage but hey, this is circus. It doesn't need a strong narrative. It needs a strong imagination and a t
Post a Comment
Read more 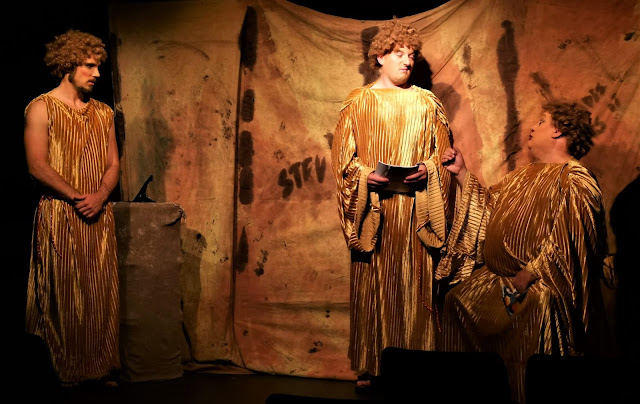 What: Bitch, Antigone When: 9 - 21 March 2020 Where: Upstairs, The Butterfly Club Written and directed by: Steven Dawson Performed by: Angus Brown, Steven Dawson, and Scott Middleton Scott Middle, Angus Brown, and Steven Dawson For those of you who feel lost and bereft in the large abyss of emptiness left by the end of Carry On and Monty Python you have a reprieve! If Michael Palin and Kenneth Williams had a love child, it would look an awful lot like Bitch, Antigone which is playing at The Butterfly Club at the moment. The brainchild of Dawson , who is is also the brains behind Outcast Theatre (the longest established LGBTQIA+ theatre company in Australia), the show Bitch, Antigone is a a cross between Noises Off and a pantomime, with an unhealthy splash of Shakespearean language - well, nothing is perfect after all... The story follows a troupe of actors in ancient Greece as they prepare to perform the Sophocles play Antigone at the Dionysia Festival. Dawson plays
1 comment
Read more

Going Down: How To Stay On Top When You're Getting Sucked Below - Comedy Review 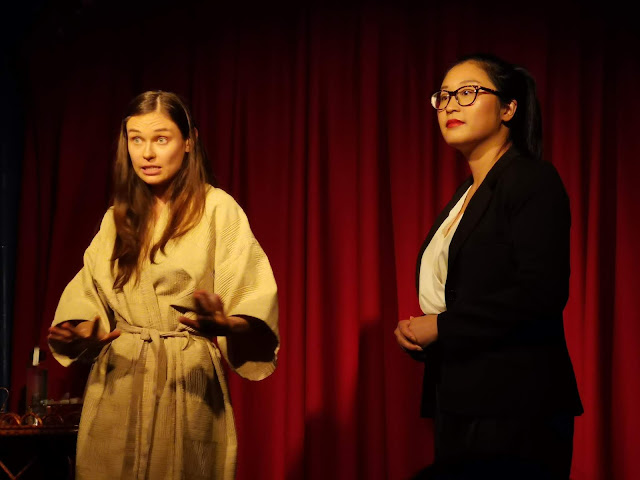 What: Going Down - How To Stay on Top When You're Getting Sucked Below When: 2 - 7 March 2020 Where: Upstairs, The Butterfly Club Created by: Trudi Ranik Performed by: Vivian Nguyen and Trudi Ranik Trudi Ranik and Vivian Nguyen We hear a lot about fake news these days, but apart from religious leaders and politicians, the biggest producers of codswallop are the people who populate the wellness industry. The most recent entry into this market is The Truru ( Ranik ) who is at The Butterfly Club this week to promote her new book, Going Down: How To Stay On Top When You're Getting Sucked Below. I have to say that is one hell of a title and it really needs one hell of a show to support it. Whilst The Truru has a body of work behind her, I would suggest that at the moment the show does not earn its title - or perhaps it is truer to say it only earns it some of the time. The Truru has been through a hard struggle, going into a very dark place after having made a name for
Post a Comment
Read more
More posts