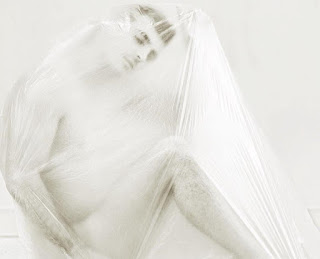 Empty Bodies is a reboot of a National Institute of Circus Arts (NICA) production created in 2016 for their second year ensemble. NICA has remounted the show with a smaller cast of graduates for this year's Provocare Festival in Prahran.

Empty bodies is a circus event conceived by Zebastian Hunter and Stephen Sewell and is described as a circus-drama fusion. It draws on the choreographic talents of Meaghan Wegg to pull it all together, and a powerful composition by Ian Moorhead to provide the ambience.

I recently visited Norway and had the opportunity to wander through The Vigeland Park which was created by Gustav Vigeland across the span of World War II and was completed in 1949. If Empty Bodies is not at least partially referencing his work I will eat my hat - if I had a hat that is...

The Fountain at the Park is ringed by 20 tree groups and beneath the crown of each of the trees is the eternal life cycle of man from cradle to grave, and this is exactly the story of Empty Bodies. Beginning with a couple who decide to have children, we watch the family travel through life. We see the child learn and grow in a beautiful hand balancing routine, we watch it develop into adulthood with a straps routine and one of the few hula hoop routines I have ever truly enjoyed.

The show is not just about the child though. We watch as the father is tempted by another and the mother loses herself in a beautiful aerial routine. She later dies, but we see the nascent life forming in the world surrounding her funeral, showing us the circle of life repeating itself just as it does in the fountain.

The chair balancing act at the centre of the show mirrors The Monolith at the centre of The Vigeland Park too. Carved in granite rock, Stephanie Howe's silver chairs echo the massive sculpture, and the bodies of performers are layered into the layers of chairs as if piled up like Vigeland's imaginings. You could also suggest a reference to Dante's Inferno, but I think Vigeland is definitely the true progenitor. Beyond that, the set and costumes didn't really thrill me.

Unfortunately I have been unable to find a cast list anywhere on line and there was no program produced so I can only talk in fleeting terms about the performances. The cast was much smaller than the cast of the original production in 2016 and this time they were graduates rather than current students.

On the plus side, their skills and professionalism were manifest and it was wonderful to see this crop of young circus artists who definitely have the talent and commitment to go on to be prominent circus performers of the future. On the negative side, the show felt like it could be renamed Empty Stages because a show created for 28 performers has a lot of gaps when performed by only 8 or 9.

I am not fully convinced this circus-drama fusion worked and I think it is actually the circus element (and the audience) which lost out. There is a lot of debate about the use of narrative in circus. Usually I am on the side of it and I cite Cirque Elioze (Cirkopolis) and Circus Oz (But Wait There's More...) as companies who do it well.

In Empty Bodies, though, I think less would have been more in the creation of the work. For me, like with cabaret, the audience response is a key element and there just didn't seem to be any way to let the audience into the show. Circus is a revolving door of amazing tricks and athleticism and is built upon the idea that each trick gets harder and more daring as the audience respond with delight and awe.

Moorhead's dense and sombre sound track gave no permission to be happy and delighted as his droning, pounding rhythms shook through the space. Whilst the soundtrack was a true work of art, it erred on the side of fourth wall drama where the audience is a voyeur, not an activated and essential part of the event.

This leaves the tricks stranded in space and time because whilst Wegg's choreography moves the performers forward (you can definitely see the influence of her time with Cirque Eloize), each trick itself is a timeless classic and there is little logic for the circus artist to move on to a higher value proposition without the gasps and applause. It also means they have no information about the audience and it shows. It always shows.

The text - snippets of internal monologues narrating thoughts about life - were rather irrelevant in my opinion and only really served as a means to bring dynamics to the aural architecture. I admit they may have been more intriguing with a larger cast, but for the most part they came across as banal.

There were some signs of Sewell's wry perspective at the start when he talks about people having children because they are in love, drunk, or stupid. It re-emerges at the end when he speaks about wanting to be remembered for being ordinary. Overall, however, the rest is just existential angst sound bites which we have heard a trillion times before with more impact.

Empty Bodies is a good night of theatre with a certain level of commentary on recycling and the fluidity of the human experience, but in the end it left me feeling empty and mourning the lack of ability to share with the performers. I think circus-drama hybrids can work, but it is really important to respect the heritage of both forms. It is also important to remember the audience.