- September 30, 2016
What:  Deja Vu
Where:  The Meeting Room, Artshouse
When: 16 - 25 September
Devised and Performed by: Andi Snelling
Directed by: Danielle Cresp
Costume by: Victoria Haslam
Sound by: Caleb Garfinkel 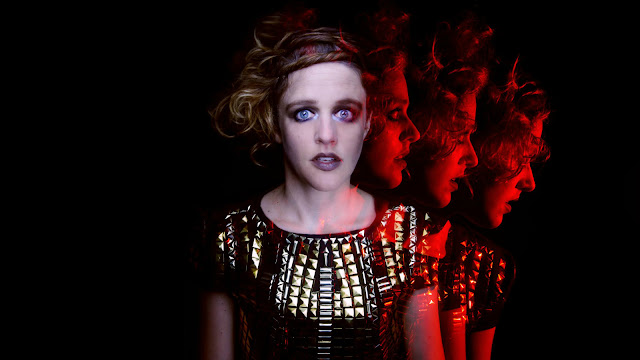 Deja Vu is the latest new work by creative team Andi Snelling and Danielle Cresp. Their first foray into collaboration was the hit show #DearDiary although this is their first non-text based production. Deja Vu is a natural progression for both these artists. Both Snelling and Cresp come from a dance background and Cresp has been teaching Snelling a form of physical theatre called Action Theatre.

Action Theatre is a combination of mime and dance (which is clearly evident in the show) and was supposedly created by American performer Ruth Zaporah. It is one of those 'new' acting methods that Americans love to hybridize and then patent as some new approach to performance so they can take a place in history - and make money from unsuspecting performers. This probably sounds a bit cynical and I am sure the great mime artists and dancers of previous centuries are not turning in their graves whenever Zaporah claims invention. To get back on track, though, Cresp is an 'authorised' teacher of Action Theatre and Deja Vu embodies the practices and teachings of this method.

Snelling is an amazing physical performer and her strength, flexibility, control and agility shine through in this performance. Unfortunately, it is not enough to hold the work together.

I worry about the current trend of people making shows based on some vague (and often quite small) idea and this is one of those shows. The idea came from a bike accident Snelling had and the sense of deja vu she purportedly had an hour earlier. This comes through in the opening sequence and whilst it was not anything I haven't seen before, Snelling's emergence on stage was well crafted with strong visual imagery and creative potential. This opening sequence was intriguing and even, dare I say, exciting?

Unfortunately this fell away all too quickly. Part of the problem is that there is no coherence to the piece, but more importantly the direction and sound design were appalling. After that initial sequence which held such promise, the rest of the performance was like attending an end of year dance school concert. Each piece of music was discreet with long pauses in between so that Snelling could reset and move into a new style and commentary. The breaks were overlong and every time they happened the audience was able to disconnect with the work. I actually began to wonder if I would know when the show was over the pauses was so long. Thank goodness they book ended the performance with a reprise of the opening sequence so it was obvious.

Add that to a lack of coherent journey and Deja Vu just became a time filler. In fact, about half way through this is what I started thinking. Most of this show felt as though it was created to get it up to the 45 minutes considered acceptable for a stand alone work.

There may be a case to be made that the work did not require a journey or narrative as such, but with so many gaps and so much of Snelling's time spent on stage just being her standing and looking at the audience or waiting for a sound cue it doesn't even meet the standards of being visceral or phenomenological, and it didn't have enough attitude to be Expressionist.

There were good moments and, in part, it was possible to see the influence of Forced Entertainment. In particular this was event in the chalkboard scene. At the end of this scene the final words left on the board were 'been seen'. I know that referred to the idea of deja vu, but for me it represented the whole show. I have seen all of it before elsewhere. Even the marionette scene - which was really very good - is something which has it's roots in #DearDiary.

Snelling is an amazing performer, and I have remarked on her skills before in the review I did of The Insomnia Project, but she needs to work with a collaborator of more depth and skill to get the most out of her talents and projects. Whilst I can't reccommend this show, I will say keep an eye out for Snelling because we will be seeing a lot more of her in the future.