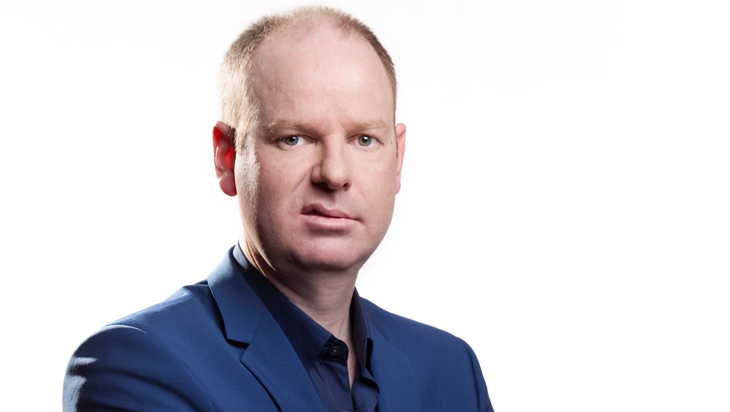 Tom Gleeson’s show doesn't need a title. Gleeson has been a festival favourite for years and a cracking stand-up for even longer. He is a force to be reckoned with and a consummate performer. He doesn’t just deliver good shows, he exudes a confidence on stage that allows you to relax and just go along for the ride.

I was first introduced to Gleeson and his comedy in the early naughties at a Melbourne Fringe Festival.  He was doing a double act with Subby Valentine in a show called Tom and Subby’s Video Sandwich.  These guys were young and energetic and now that I think back on it, I learnt some important things about what makes stand up comedy work from watching them perform.

Gleeson’s comedy was a bit harsher and ‘in your face’ in those days, and it felt like he did a lot of shouting.  He has mellowed a bit as he enters his apparently very comfortable middle life.  Living in rural Victoria with his wife and two young children – a three year old and a newborn – Gleeson is now a sheepishly confessed Volvo driver, and earning a comfortable living in his chosen profession.

This is unsurprising as he is possibly one of the most dedicated comedians in the country.  The man has spent years (decades?) honing his craft and skills and can truly be called a master comedian.

Pure stand up comedy in a one hour show is possibly one of the hardest jobs in the world.  Gleeson did not use props or audio-visuals to support his work.  He was simply a man on stage with a microphone telling us the story of his life – albeit in a riotously hilarious fashion.

Gleeson starts the show by getting to know some members of the audience.  This is probably the main time he uses improvisation, although like all good comedians, he never lets it go and teases until the very end.  His comedy is based around the one thing that seems to make people laugh the most – schadenfreude.

On the night I went we began the evening by meeting Ben and Graeme in the audience.  Ben was a young RMIT student and Graeme was a retired math teacher in rural schools.  In what was some of the most quick witted thinking I have seen, Gleeson realises the two of them have one thing in common – failed exams.  Otherwise why would Ben be at RMIT rather than UoM, and why would Graeme be teaching in rural schools rather than a big city?  We all knew that was hokum of course, but it was very funny in that way the jumping to conclusions can be.

During the course of the show we got to meet his wife and daughter, and his siblings.  Gleeson is the fourth child in a family of five, and his reminiscences about the antics he got up to reminded me of some of the ridiculous stuff me and my siblings got up to.  His older brother apparently attended the Math Olympics at one point in his life.  Gleeson has created a magnificent scenario of how the spectators would at this ‘sport’.  Luckily I remembered just enough of my high school trigonometry to fully appreciate the humour.  (See kids, you will use this stuff in real life!)  Even if you don’t remember your trig, it will still be funny as he emphasises it with simple but effective physical comedy.

Gleeson has a very high media profile these days so I probably don’t have to tell you how good he is.  If you haven’t seen him on a morning television show, or The Project, or heard him on radio, you really have been living on a deserted island.

What I can tell you is that Gleeson’s show is a non-stop laugh fest.  It does not flag for a single moment and he has you laughing from the minute he walks on stage.  If you want to enjoy an evening of pure and perfect stand up comedy, go and see Gleeson’s show.